Evolution has been humankind’s very own trait. A few decades ago, television was an unaffordable luxury.  A few years ago,  it became common in every household. Later, Smart televisions took up the trend. Smart televisions made watching television more fun than it was before. The idea of the home theatre became popular with smart television.

VU has been one of the trusted brands for televisions in India. Recently VU launched its 4k series, and it has become quite popular. Are you planning to buy a 43 inch VU premium android 4k television? Consider this review in that case. 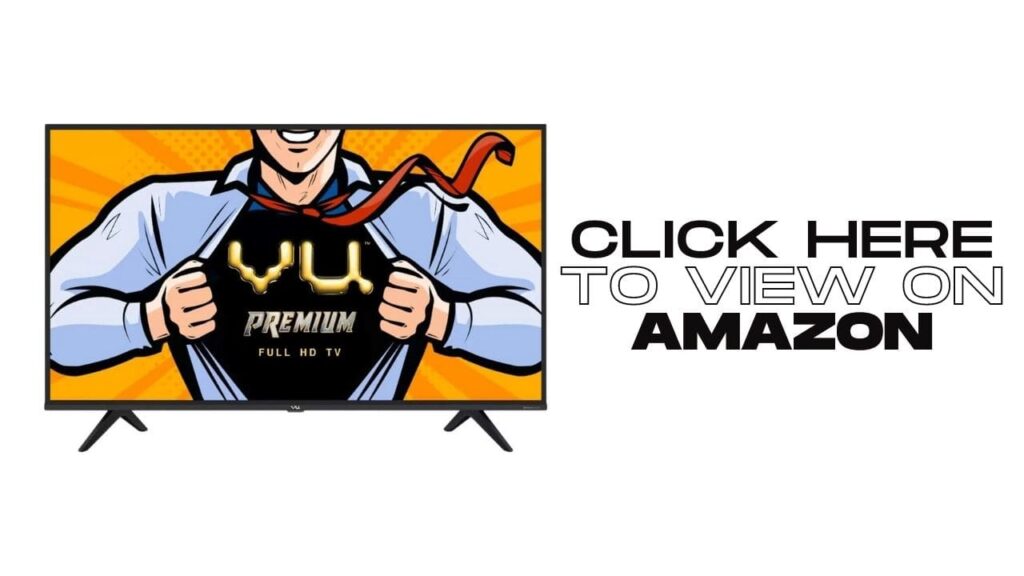 VU premium android 4k television is one of the best options available in the market, offering high-end features at the most reasonable price.

The large forty three-inch screen and its thirty watt, sound system gives great theatre experience at the comfort of your home where the popcorn and fries are quite cheaper.

Advanced Display: Display is the heart of a television. Smart television is expected to have an efficient display system that can meet the needs of a home theatre needs. VU premium android 4k television offers a featured display with the right amount of white light saturation and accurate reflection to ensure that every viewing meets the theatre level viewing experience. Moreover the forty three inch large screen acts as a good canvas to support enhanced viewing.

Premium remote: VU premium android 4k television offers a second generation premium remote which operates television controls on vocal command. It has keys that directly lets you operate upon OTT platforms so that the access becomes easier. One does not have to go up and down scrolling through the list of apps can access. These remotes are far more advanced than normal ones. It is quite easy to give a voice command than search manually. So, this premium remote is beneficial.

Bezel-less Screen: The screen doesn’t have thick framing with a bezel. The screen setting is so thin and one doesn’t feel like the visuals are on a screen rather feels like a real-time experience.  Composition of color makes one immerse in the content that they are seeing. It creates a bond between the on and off screen people in the room which makes watching television more fun.

Cricket mode: VU premium android 4k television has a special feature called cricket mode. It gives real-time stadium experience at the comfort of your home. This mode lets you view the ball clearly even during the fast moments.  It is much cheaper to watch your favorite batsman hitting a six, without buying tickets, lying on your couch and munching much cheaper popcorn with chilled coke without even realizing that you are not at the stadium. The Cricket mode is a special feature that comes with VU premium android 4k television

VU premium android 4k television has its own pros and cons. We have listed them in a tabular form for easy reference.

VU has set new goals for smart televisions. It launched televisions with high end features in most economical pricing. VU premium android 4k televisions are televisions that are worth costing more than what VU is quoting compared to companies. It also doesn’t compromise with the features and quality viewing experience that it intends to offer.